Carly Aquilino & Jessimae Peluso at Fairfield Comedy Club
Fairfield Comedy Club 417 Post Road, Fairfield, CT
MTV's "Girl Code" Carly Aquilino is a stand-up comedian described by audience members as “funny” and by her father as “a huge mistake”. As a New York native, Carly first stepped on stage at Gotham Comedy Club and has since been quickly rising in the comedy scene, performing at the most popular clubs in New York. Carly's hobbies are telling jokes and checking Facebook to make sure the people that made fun of her in high school got fat. Carly feels proud of having her stand-up featured on Sirius XM radio and is especially proud that she once made her grandma Marilyn laugh so hard that her teeth fell out.

Syracuse native, Jessimae Peluso, gained mass popularity as the outspoken cast member on MTV’s “Girl Code”, from then went on to be featured on TBS’ “Deal With It”, NBC’s “Last Call With Carson Daly”, E!’s “Chelsea Lately”, Fox’s “Worlds Funniest Fails”, AXS’ “Gotham Live”, Tru TV’s “Comedy Knockout”, and multiple appearances on Comedy Central’s “@Midnight” and “The High Court”. She can be heard weekly on her Sharp Tongue podcast available on iTunes, Stitcher, Sound Cloud and Google Play. She was featured in the New York Comedy Festival, Boston Comedy Festival, North Carolina Comedy & Arts Festival, Women in Comedy Festival, and JFL 2016 Festival and featured on Kevin Hart’s LOL Live network. She has contributed to Cosmopolitan Magazine, Self Magazine, GQ.Com, Playboy.com, MadeMen.com, and was highlighted in the Huffington Post as ‘one of the funniest comics to follow on twitter’. 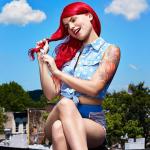 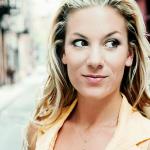